Apart from the Olympics and the World Cup, little that has captured global attention to the degree of Game of Thrones. In the USA alone, season 5 was watched by a total of 68 million—and illegally downloaded by many more.

While the series is being aired, the previous night’s brutal plot twists are common fare for water cooler conversations. But now, between seasons, we have time to reflect on what makes the show so gripping, and what this might have to say about jewelry.

Like many epics, Game of Thrones is focused around metal. The Legend of the Holy Grail (a game) and Lord of the Rings galvanized conflict around the possession of an elusive precious gold object. But Game of Thrones twists the knife in the heart of sentimental romance. Accordingly, the metal of contention is brutal iron, rather than glittering gold.

The iron throne of the title is the seat of power in King’s Landing, over which many of the heroes are slaughtered. While Valerian steel is the winning technology in battle, the real power is revealed to be the Iron Bank of Braavos (which leads some to read GOT as a neoliberal romance). But there is a subtler use of iron in the plot device that links the story of the young girl, Arya, through the different seasons.

A child of the unjustly persecuted Stark family, Arya maintains a bucket list of villains that she seeks to kill off during her life. In season 2, she comes across a man whose talent for murder she admires, Jaqen H’ghar. When she refuses to accompany him, he insists she takes an iron coin and if she ever wants to find him again, she need only offer it to anyone from Braavos with the words “Valar morghulis” (“All men must die”).

Later, in season 4, Arya decides to take him up on the offer and shows the coin to the captain of a boat going to Braavos. He jumps into action and organizes her a cabin. On arrival, the boat docks in front of the House of Black and White where live the Faceless Men. But when Arya offers the coin with the password at the door, she is refused admittance. In frustration, she casts the coin into the water. When she is later led back to the house, an elderly man returns her the coin and she gains admittance. 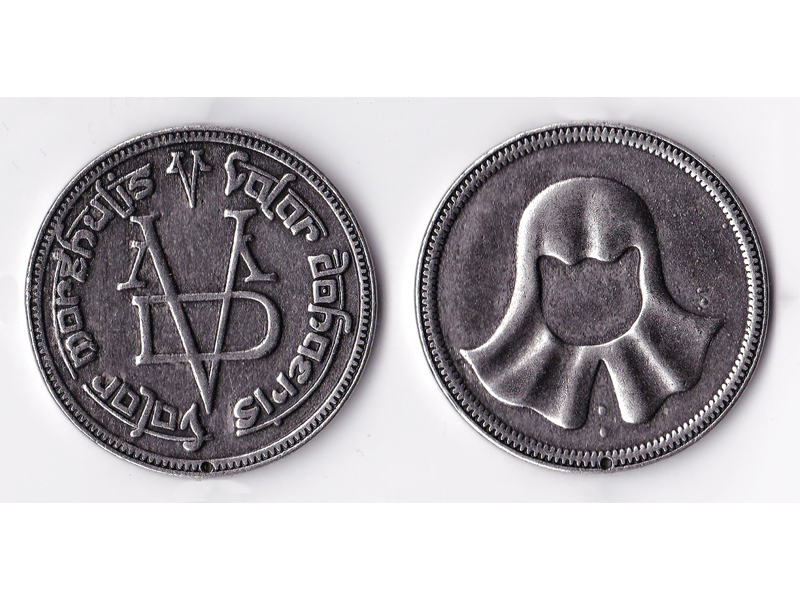 Objects can have a narrative value way beyond their intrinsic worth. Alfred Hitchcock was a master at using objects to create suspense. The cigarette lighter in Strangers on a Train cunningly threads the plot together. Hitchcock himself dismissed this device as a “MacGuffin," meaning it was a prop of purely structural value, with no meaning in itself. But there’s reason to think these objects are more complex than Hitchcock gave them credit for.

The narrative function of the iron coin is to set up forward action. Such devices can be found in other series. In Wolf Hall, Cromwell takes the ring of his mentor, Cardinal Wolsey, to help steer his actions in honor of his memory. Homeland uses rusted love locks ironically to comment on the failed promise of the romance that underlay a marriage. And in Elysium, the locket containing the image of planet Earth provides the quest motive that bookends the hero’s quest.

If we read contemporary jewelry as a critique of preciousness, then the challenge is to find forms of value that are alternative to the economic. What value does jewelry have beyond its monetary worth? Postwar pioneering figures like Hermann Jünger helped define its aesthetic value—gold became a painterly material. Now, in the 21st century, we have seen the emergence of alternative measures, such as social and ethical values. The narrative logic of Game of Thrones demonstrates that the value of metal can also be exceeded by its capacity to make stories. The question is, can we extend this logic beyond the series itself?

A parallel narrative promise could be applied to other jewelry concepts. In this case, the jewelry is not about the reciprocal obligation of the recipient to repay an expensive gift. It is rather like an IOU that signifies the promise of the giver to the receiver. You can imagine the scene: “I give you this pendant, which you can use whenever you need help from me. Just say these words …”

The promissory object has become a common device in contemporary film and television. It is one of the effective narrative devices that has hooked a global audience. Maybe there’s a lesson in Game of Thrones. Dreams might be made of gold, but promises are iron-clad.