The Metal Museum’s mission has shifted and expanded to accommodate jewelers and metalsmiths alike over the past three decades. Originally established by the National Ornamental and Miscellaneous Metals Association, the museum’s mission was “to display, show and teach the history and achievements made by ornamental metals (not including precious metals) manufacturers and artisans.” Art jewelry has been collected since the museum’s inception regardless of the original focus on industrial and architectural ironwork, inspired by the industrial history of Memphis and other American cities. The founder, James Wallace, known to most as Wally, studied blacksmithing under L. Brent Kington, who taught many of today’s most successful metalsmiths, including jewelers. I had the pleasure of interviewing executive director Carissa Hussong in order to discuss the present and future aims of the Metal Museum. Currently the museum hosts exhibitions, workshops, and studio space for metalsmiths of all kinds. The Metal Museum also boasts one of the largest academic metalsmithing collections of text and slide resources which is public for the metalsmithing community.

Chava Krivchenia: How does the location of Memphis influence the Metal Museum?

Carissa Hussong: The location has always been both a blessing and a challenge. Located on a bluff along the Mississippi River, the museum is off the beaten path, making it feel both intimate and isolated; yet it’s just five minutes from downtown Memphis. The view of the river is stunning, and the grounds are lush with hostas and azaleas, providing an idyllic setting for the display and creation of artwork. What led to the decision to provide educational/class opportunities at the Metal Museum?

Carissa Hussong: Education was always central to our mission, but like so many things that happened early in our history, our education program evolved as much out of necessity as design. The blacksmithing apprenticeship program was started soon after the museum opened and provided young artists with little more than a roof over their heads, a space to work in, and a seemingly impossible set of responsibilities, including everything from blacksmithing to exhibition installation. Over the years, health insurance and a stipend were added to the benefits, and the position became more structured. Today we host three two-year apprenticeships in the blacksmith shop and foundry and offer summer internships to undergraduate students.

We also offer a wide range of classes for beginning to advanced metalsmiths, primarily in blacksmithing, welding, and casting, and partner with a local nonprofit to teach underserved high school students metalworking techniques. Unfortunately, the scope of our offerings is limited by the space and we aren’t able to offer many advanced jewelry classes at this time. Carissa Hussong: The museum has been a collecting institution since its inception. In keeping with its original focus on industry, much of the work collected in the early years consists of architectural ironwork. There are a number of fine examples of Samuel Yellin’s work, as well as work by the Florentine Craftsman Company, and a large selection of fence sections, gates, and locks. In a recent interview, Wally noted that the focus on ironwork was also due in part to “the fact that American ironwork was still available to be collected, as opposed to American silver, for example, that was already collected by major institutions.” Today the focus of the collection is artists and artworks from the post-Craft Revival period, from the 1970s to the present, and includes a small but growing selection of contemporary jewelry.

Over the years, many of the Master Metalsmiths have given personal work and work they’ve collected to the museum for our permanent collection. One exquisite example is Richard Mawdsley’s Medusa necklace, later featured in Janet Koplos and Bruce Metcalf’s Makers: A History of American Studio Craft. It may seem odd to some that a small museum in Memphis with limited funds has been able to amass such a collection, but it’s due to the relationships Wally built and the central role the museum plays in recognizing metalsmiths. The artists who donate work to our collection know that the work will be displayed and shared with other organizations and, most important, with other metalsmiths. I can’t tell you how many artists have thanked us for asking them to donate a work to the collection. It’s both humbling and a huge responsibility to know how much the museum’s mission means to the metalsmithing community. What are some future aims of the Metal Museum?

Carissa Hussong: Over the past decade, the Metal Museum has seen tremendous growth in all program areas, most notably in its exhibitions and educational programming. While this growth has brought increased recognition and support, it also has resulted in the museum outgrowing its current facilities. For the past few years, the museum has been exploring expansion options and is currently pursuing an opportunity to move part of its operations into an existing facility in a centrally located park in the heart of Memphis. The result would be two campuses, one used to house exhibitions, the metalworking facilities, community education, and collections, while the other would become a traditional artist-in-residency program with fully equipped studios, housing, a sculpture garden, and a sales gallery.

This would allow us to triple our galleries and metalworking facilities, add dedicated classrooms, and increase collections storage while providing increased accessibility and visibility to all of our programs. One of the many things this expansion would allow us to do is dedicate a gallery to contemporary art jewelry. We believe this, along with more jewelry and small metals workshops, will greatly expand our audience, allowing us to reach more people interested in learning jewelry-making techniques and expand the artists we’re serving through our programs. What are some of the significant qualities of the library and archive center at the museum?

Carissa Hussong: The library collection consists of over 6,000 books and folios relating to metal techniques, artists, artwork, and history. Most of the books were donated by artists and collectors and, in some cases, are reference sources for the artworks included in the permanent collection. Several artists have bequeathed their complete library collections to the museum. The library is non-circulating, but visitors and researchers are welcome to come to the museum to utilize the collection. The library is searchable online through the museum’s website. One of the most significant image collections is the Society of North American Goldsmiths’ collection of over 14,000 slides, which was recently fully digitized through a collaboration with the American Craft Council and is searchable online through the museum’s website and ACC’s online library.

What do you believe is the purpose of a contemporary metals museum right now, especially in the US?

Carissa Hussong: The Metal Museum’s focus on exhibiting and collecting fine metalwork, combined with an active metalworking studio, artist residencies, and an apprenticeship program, makes it one-of-a-kind in the United States and the Americas. But, for me, one of the most important aspects of the Metal Museum, and what I love most about being part of it, is that it’s an institution that has been built through the passion and generosity of the metalsmithing community. It’s a place that inspires, rejuvenates, and celebrates. And why is that important? Because we all need a place to call home. 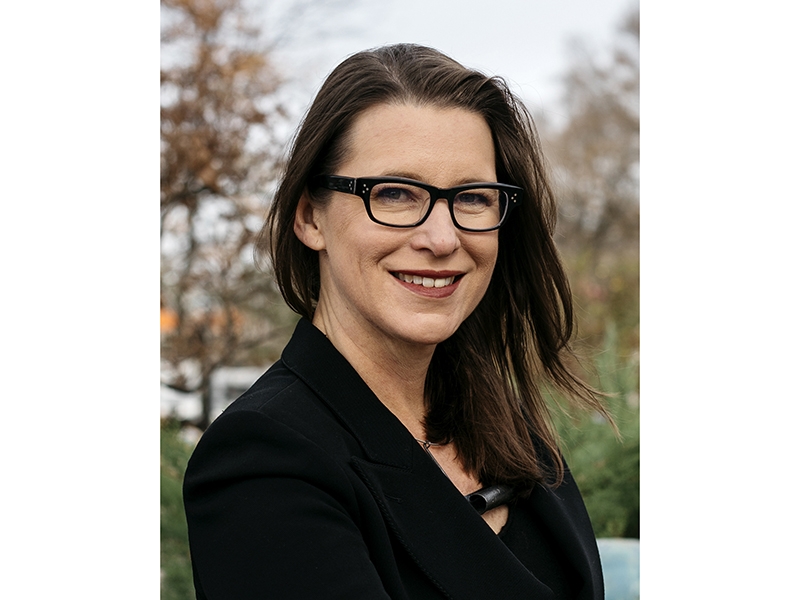 What are some of the qualities the museum looks for in the work used in curated exhibitions and also works selected for the permanent collection?

Carissa Hussong: My background is not in the metal arts—so when I started there was concern that I wouldn’t have an appreciation for the more technical aspects of metalworking. As the museum has grown over the years and the staff has expanded to include numerous professionals whose backgrounds are not specifically in metals, we have made a conscious effort to ensure that all of the work we collect and exhibit balances craftsmanship (mastery of the material) with aesthetic and conceptual considerations. We focus on makers—artists who have a hand in the manipulation of the metal as opposed to artists who are primarily designers. The same is true when considering work for the permanent collection, but we also consider the prominence and influence of the maker and whether or not the work is in good condition and is a great example of an artist’s style or of a particular metalworking technique.

Chava Krivchenia is pursuing an MA in contemporary and modern art history at the School of the Art Institute of Chicago. She researches and writes about works in arts institutions with a focus on contemporary sculpture and performance art. Additionally, she works at Gallery 2052, a new contemporary jewelry gallery in Chicago.